I love Millie more than any other dog I’ve ever had. I feel a little guilty saying that because I have another beloved dog, Lolo, a gentle geezer who has eyes only for me. I love Millie more because of her disability. She lost her sight and developed glaucoma two years ago, and we made the decision to have her eyes removed to relieve the pain. 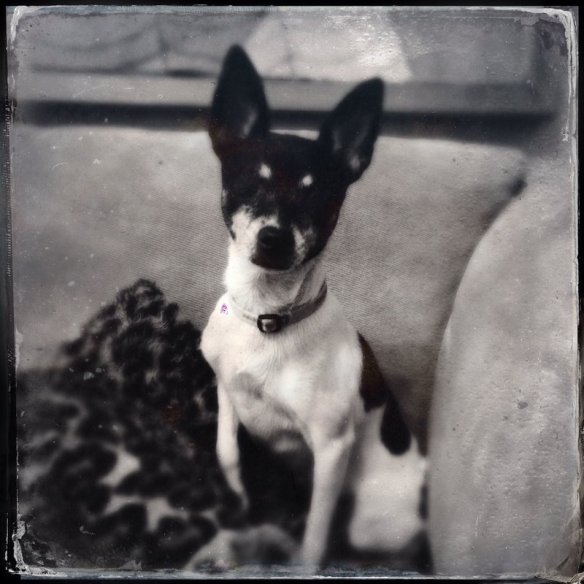 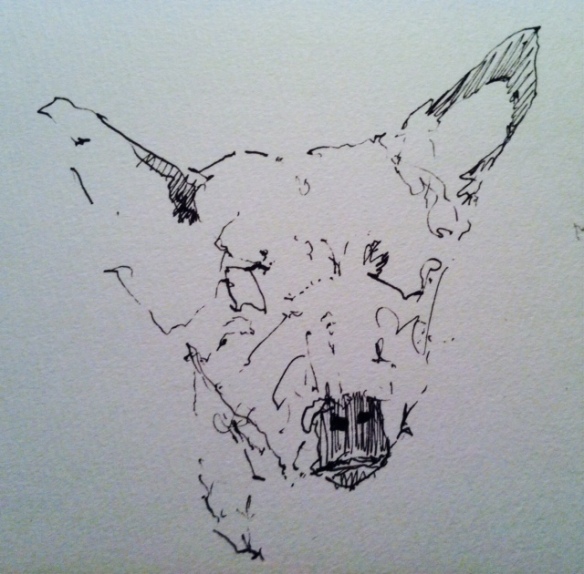 Love grew because she needs a little extra help. She won’t go down stairs, so I have to carry her down when I take them for a walk. She settles in the crook of my arm as relaxed as if she were lying on the couch. It feels like she is a queen being transported in her litter. Love also grew because she doesn’t let her blindness get in the way. She doesn’t feel blind. Millie lives to play fetch and is as good a catcher as when she had sight. She likes to hunt although she was never any good at it – being too spastic and wild. Stealth was never part of her strategy. She hunts pigeons on the sidewalks of New York by smell and the sound of their feathers. I let her lunge at them on her leash and when they scatter she looks up at me, delighted with herself for a job well done. She helps Lolo hunt squirrels and dig for moles when we are at our rural homestead, which is her favorite place in the world. We made this short video of Millie on a recent walk in the woods.

Frank says we love her so much because she still looks and acts like a puppy. That is true. Happy 5th Birthday Millie. 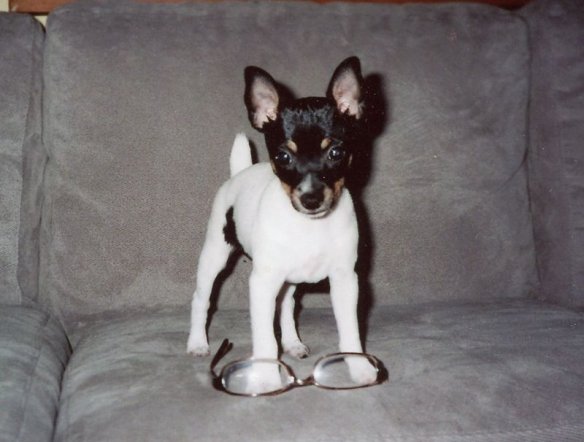 One recent morning as I walked the dogs down my block, a man smiled at me and said “Is that the sleeping beauty?” I was taken by surprise, but then I recognized him as a gentleman from the neighborhood that had asked after Millie in the summer just after her operation. He was concerned then and now he asked me tenderly “How’s she doing?”. Many people have written me and asked “How’s she doing?” So here is the update. For those of you who don’t know her, Millie is a three year old Toy Fox Terrier weighing 6 pounds. Last spring she suffered a detachment of the lens of her eyes, which caused glaucoma. The pain of the glaucoma could not be controlled with medication and so three weeks after her sudden blindness, the decision was made to remove both of her eyes. I wrote her story here: The Sleeping Beauty.

Now you can see how she’s doing in this video I titled Blind Dog Fetching.