It was supposed to be the storm of the century and we only got a few inches so this morning’s headlines read “New York dodges a bullet”.

My friend Katy described it in this way: “I’m looking at this now like its a flash mob, only in reverse. The Mayor has sent all the New Yorkers scampering to their lairs and now the city is quieter than it has been in a century or two… world’s biggest flash mob inversion.”

Nonetheless, we got a snow day. 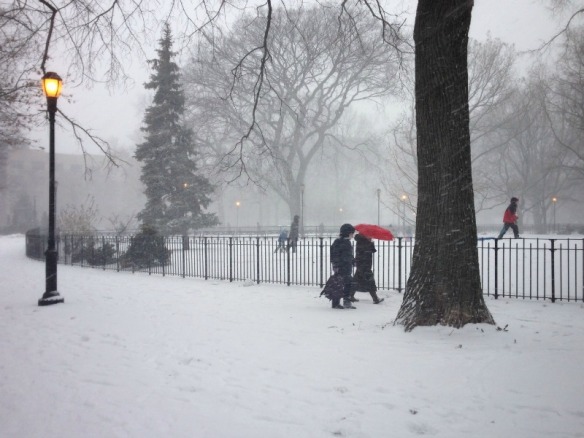