Last weekend we had the first sunny and warm days of spring. I visited community gardens with my friend Katy and our phone cameras. We stopped by 6BC Botanical Garden first. This garden began in 1981 and is a lovingly cared for and peaceful place. In the book Community Gardens of the East Village, gardener Cary York says, “One thing they did design wise that was so important was that someone wanted to build the raised boxes, and Diana said “Don’t do it, don’t do it. Well, if you’re going to do it, do them on a diagonal.” So suddenly, the garden had this whole diagonal thing which is so nice because it’s against the grid. Little by little people started lifting up the boxes and letting the soil be in the soil.” 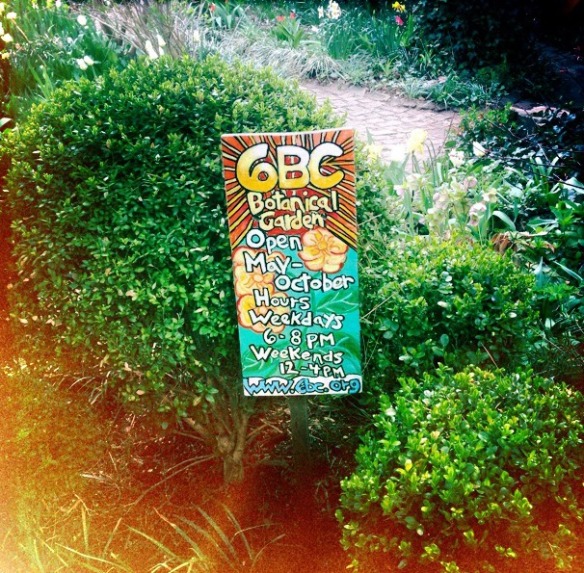 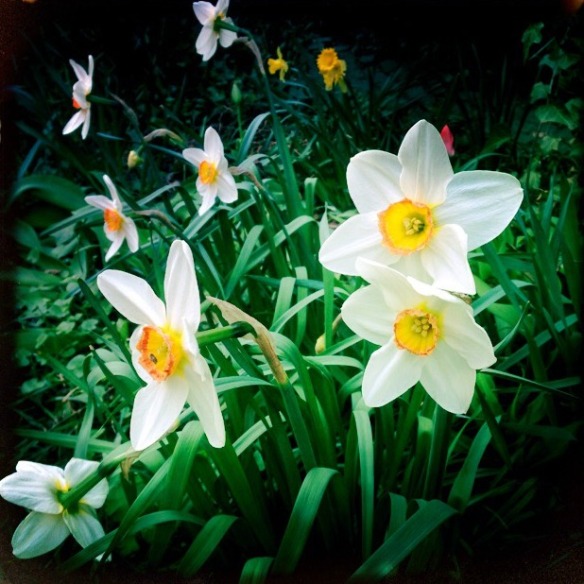 Our next stop was the Sixth & B Garden. So many gardeners were out clearing the debris of winter and turning the warmed soil. I remember the group of mothers I used to hang out with when we brought our children to play in that garden. I ran into two of them that day. Even though we only socialized in the gardens, there is an intimacy to knowing someone that long and seeing their children now grown. I was interviewed by one of those children, a 20 year old named John, who I remember as a shirtless tow-headed toddler in baggy shorts, playing in the garden. He was doing a school project about community gardens. I was happy to see that the playhouse was still there. 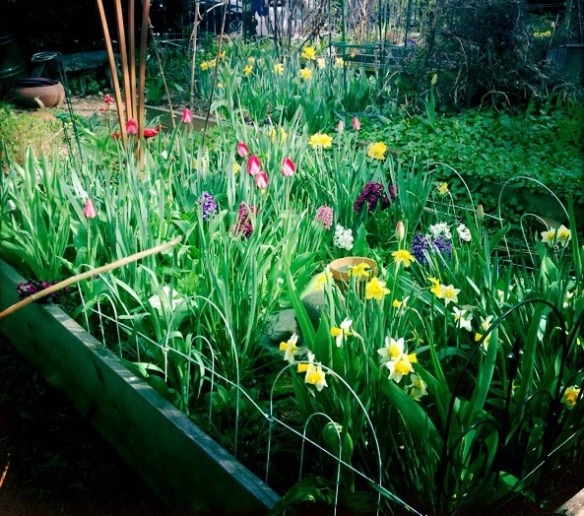 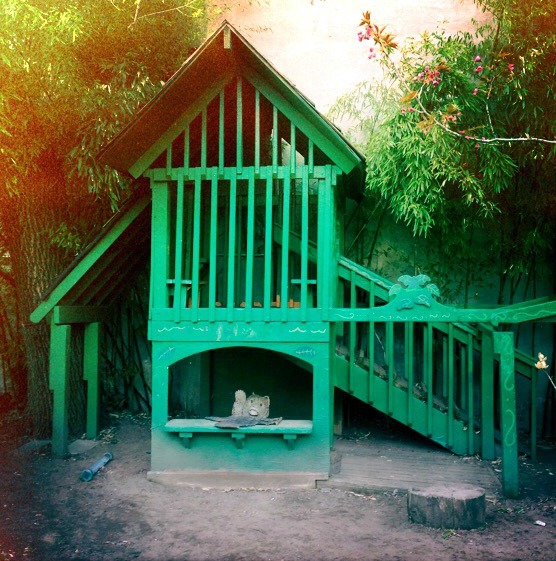