I have known Marlis since I started working on the homestead. Her building which is across the street from ours, was the first homestead building to be completed and occupied on our block. They were all moved in when we were just getting started pulling out the burnt beams. Their building was the proof that it could be done and it shone like a beacon for us. They gave us electricity and smiles of encouragement. I watched Marlis’s son grow up and she saw my daughters born and raised. It is unusual in New York to be so rooted to a place, to a particular block and also to be surrounded by people who are just as rooted. Long-time neighbors. Most New Yorkers move around. It is as though we are living the small village life even though we are in the middle of a giant metropolis – the so-called concrete jungle.

Marlis was born in the bombed out city of Berlin WWII so when she came to Loisaida in the 1970’s this was a familiar landscape. Marlis Momber’s photographs are full of soul. Yes, they have good composition and are well-crafted and her prints are exquisite. But aside from being an artful photograph, they reek of the soul. She is not a mere documentarian or onlooker – Marlis captures her subjects down to the essence. We are hers and Marlis is ours.

Below is a 10 minute clip of her 1978 film Viva Loisaida. To purchase the full DVD or prints contact her via her photography website, to see more photos go to www.vivaloisaida.org.

I have been very lucky that Marlis has photographed my family for many years. 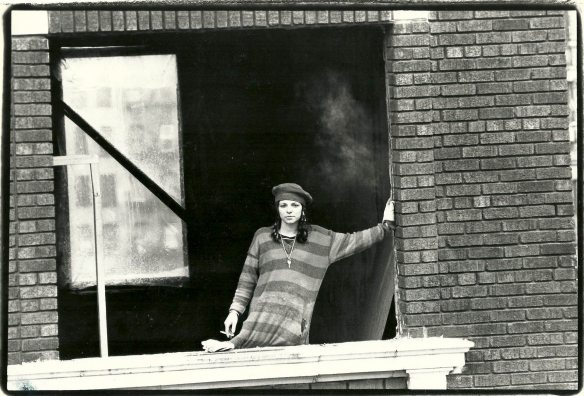 Here is my portrait of the artist taken this past spring at one of her exhibitions. 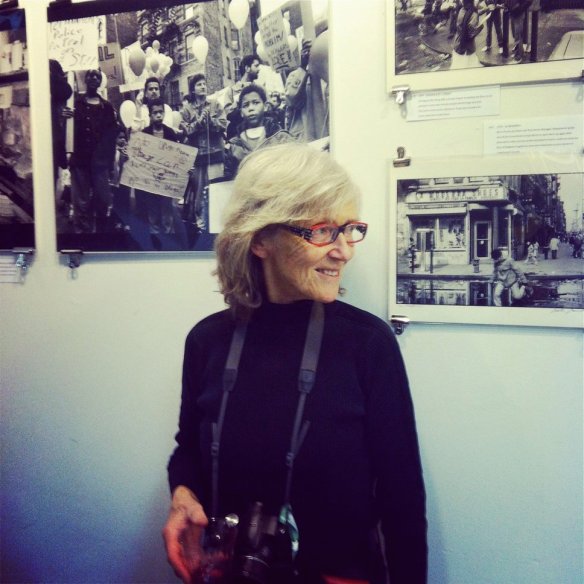